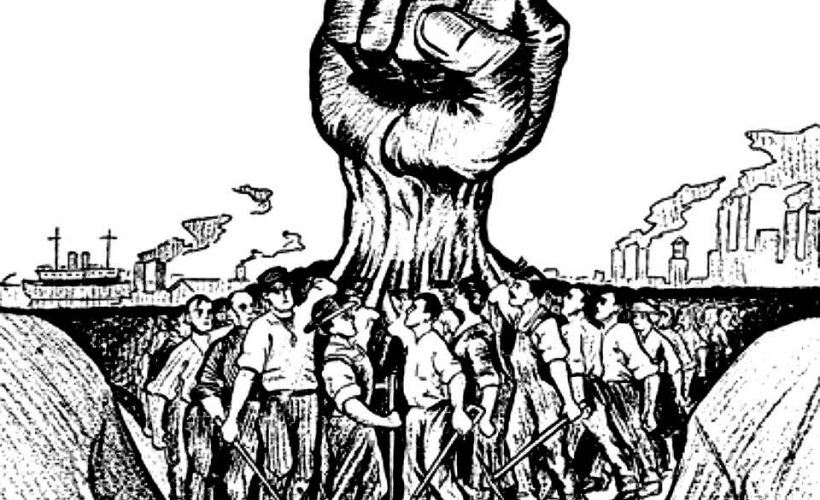 Until very recently, the only movement which took upon shaking our corrupt federal and state establishment was the Tea Party. Best known for its floozy, Sarah Palin, the vice-presidential GOP wannabe in 2008, the Tea Party started as a grass –root movement against corruption.

as Palin likes to chortle at various fund raising events.

Unfortunately, the movement has been co-opted by government employment seekers – political candidates –  to ask little people who would like unnecessary government spending reduced or eliminated to financially found their lavish campaigns.

Matt Taibbi of the Rolling Stone did such an excellent job summarizing the contradicting nature of the Tea Party’s goals, that it makes sense to build on Taibbi’s work, which I recommend. If, the average Tea Partier is sincerely against unnecessary government spending, where “unnecessary is highly debatable,  their political representatives are in favor of all government spending which benefits them, their family and friends.

Indeed, Tea Party candidates are much like Putin of Russia, for instance.

So, let’s go to one such candidate, Dr. Rand Paul, the son of the uncompromising libertarian hero Ron Paul. The father, Ron, perhaps because he is a cook, but an authentic one, ergo, a hero, had denounced Medicare as “socialized medicine.” In his run for a U.S. Senate seat, his son, Dr. Paul balked at the idea of reducing Medicare payments to doctors like himself, whose most patients are on Medicare. While Dr. Paul would like to abolish government spending on education and energy, he was

unwilling to reduce his own government compensation, for a very logical reason. “Physicians,” he said, “should be allowed to make a comfortable living.”

Let it be clear, destroying Medicare would be a disaster. So, for reasons different than Paul’s I too believe that government spending on health care, education, energy, and other social safety net programs is the only way to behave as a decent civilized state.

But, aside from this anachronism, the Tea Party stands for the little guys’ desire to put an end to their mistreatment. The problem is that the Tea Party encourages its constituency to remain uneducated or misinformed. This translates into having the little Tea Party supporters shoot themselves in the foot: without government money there is no public education, and without public education, there is no way out of their current state of proletarianism – and I mean it in its OED- Latin connotation:

“Roman citizen of the lowest class, person who served the state not with his property but only with his offspring.”

So, one would hope that the Left would come up with a counter proposal movement on behalf of the plight of the little guys. This counter proposal, unlike the Tea Party which takes advantage of the ignorance of their supporters, would actually stand for improving the little people’s life: government spending on public education, public health care, environmental protection, public transportation, etc.

Historically, there has been a so-called “progressive” party which stood for the “progressive” wing of the Republican party, under the leadership of Republican Theodore Roosevelt. The only U.S. progressive political movement was the Socialist Party under Eugene Debbs‘ leadership. Unfortuantely, its impact did not last much after the first decade of the last century.

In the twenty first century, VT governor, Dr. Howard Dean approached the level of social progressiveness, the word’s etymology would imply. But, after the United States Supreme Court allowed corporations to dictate American politics, “progressive” became a term of art much identified with the activity of a super PAC, Harvard University professor Larry Lessig’s Mayday progressive PAC, which supports various political candidates across the land.

Within the democratic party, the fight against “the good ol’ boys” proves to be much tougher  than expected. For starters, after the Clintons’ politics of triangulation all democrats would rather become uber-rich than principled. The Clintons, once the new kids on the block, have become the big elephants, the good ‘ol boys, discrediting everybody who’d like to have them disappear. They won’t leave the political stage without Hillary and Chelsea receiving public gratitude.

In this suffocating atmosphere, what happened in New York during the September 9, 2014, Democratic Primary is remarkable.

Andrew Cuomo, the Democratic incumbent, faced Fordham University Constitutional Law Professor Zephyr Teachout. Cuomo refused to acknowledge her candidacy in a desire to delegitimize her run. Days before the election, Cuomo, his aid, and his running mate for lieutenant governor refused to acknowledge Teachout’s physical presence within a foot of theirs at a public parade.

Cuomo looked to the side, beckoning New York City Mayor Bill de Blasio—“Where’s the mayor when you need him?”—as Teachout bit her lip. In a separate encounter, Wu was able to elicit a handshake and a “good to see you!” from his governor, as Rep. Carolyn Maloney, one of the Democrats who’d accused Teachout and Wo as not “clear about their support for Israel,” spoke sotto voce to Cuomo’s running mate, Hochul, a woman against gun control but in favor of strict abortion control.

Tuesday’s primaries became an unexpected test of explicitly “anti-corruption” politics in New York. Due to this primary, progressiveness has become “anti-corruption.” The unexpected result was that without any big money donors, first timers Teachout and running mate Wu got almost 40% of the state’s democratic vote.

It is a lot by some standards. It is very little if you think in terms of what Cuomo has done for the state’s residents other than Wall Street. Why only 40% of the little guys are dissatisfied? Hard to explain, but upstate New York has a different political makeup than the City and its metropolitan area.

Perhaps Cuomo‘s victory can be also explained by the fact that there was little moneyed support from the left behind Teachout-Wu. While there is money for “progressive” causes, its spending is haphazard and amateurish at best. For instance, if the GOP establishment is spending tons of money to fend off both Tea Party and Democratic candidates,  Harvard professor Larry Lessig’s Mayday progressive PAC has more mixed messages. It spent  more than $1.6 million to promote Jim Rubens, a conservative Republican running on campaign finance reform, in a Republican primary. Why? It beats me.

Moreover, in Rhode Island, progressives were behind a Democratic candidate for governor who made her name by cutting state pensions, Gina Raimondo, Rhode Island’s treasurer. In a September 2013 due to a profile by Matt Taibbi, progressives outside Rhode Island got to know Raimondo as the ambitious Wall Streeter who handed 14 percent of the state’s pensions to hedge funds.

Her Gov. Chris Christie–style campaign of real-talk town hall meetings, where she sold her plan to raise the retirement age and cap cost-of-living adjustments for pensions, was bolstered by $700,000 from a mysterious group that folded as soon as Raimondo succeeded.

Raimondo won in Rohode Island, and through her, Wall Street. Was it necessary for Lessig’s PAC to be behind her? I doubt it.

Against the backdrop of these Lessig blunders, something great happened in New York, because Teachout was a phenomenon, and fellow veterans of the Howard Dean presidential campaign — the only real progressive to date — early came on board.

Lessig’s PAC ignored Teachout, under the pretext that Mayday was targeting federal races. Nevertheless, on Aug. 13, Lessig asked Mayday supporters to back Teachout,

“the most important anti-corruption candidate in any race in America today.”

So, where do progressives stand today in America?

On the right,people who do not believe in government benefits are continuously misinformed, allowed to cheer for military expenditure, while being treated as Roman emperors treated proletarians, with circus and bread.

On the left, the Democratic establishment is trying hard to ignore progressives or to destroy their stance by mixing up their anti-corruption message with corrupted candidates.

In the end it is up to the people themselves to decide how they want to be governed. 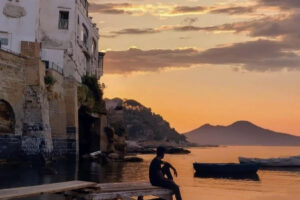