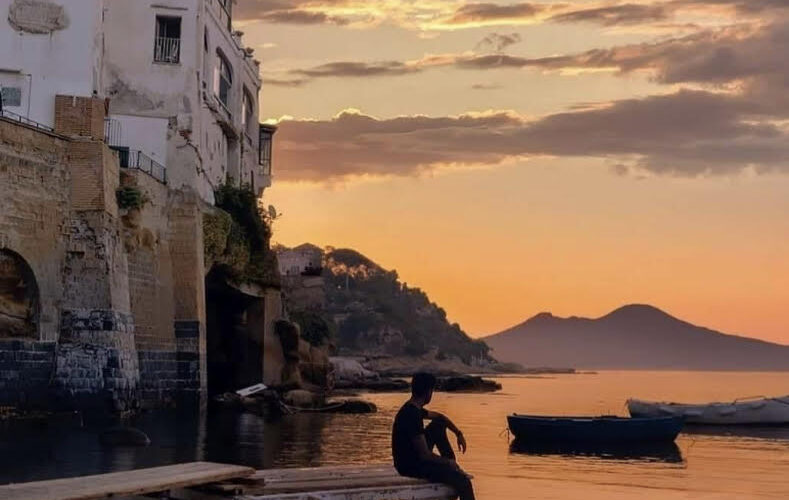 When he finished fastening his black and purple rollerblades, and looked up at her, still kneeling, his almond-shaped eyes felt like a push up bra. She was wearing none. Still drying the one she flew with from Bucharest to join two dozen newly appointed faculty members from the most prestigious institutions of their own countries, all public universities, she waited for the Polish Airline to locate her luggage with its intimate apparel, rather than buy a new one.

Her breath on hold, she noticed how his contact lenses gave gravitas to the pale blue iris. The two borders added mystery to whatever pierced through his so-well guarded retina.

“Hi,” she broke the silence. Three years out of college – because law school followed high school – it did not feel uncomfortable greeting him. He was among the much older American contingent charged with enlarging the Eastern Europeans’ horizon broadly enough to encompass the beauty of intellectual property privatization.

He stood up confidently and pirouetting pushed himself away, each foot taking over the task. Over his shoulder he sent a “Hi” back her way. She did not bat her eye lashes. She had none to spare lying around her dark eyes, a whimsical mixture of impressionable and blasé youth.

He could not go too far. The forest outside their conference residence didn’t give him much asphalt to show-off his mens sana in corpore sano approach to life, and the bus to Lotz, the nearest collection of asphalted streets, was probably not the best means of Polish transportation then, or ever. Not for him, whose mother’s family had births and bar mitzvahs recorded at the local synagogue. Until the early 1940s.

For the weak of heart, at night, under the full moon, the noise of scared Jewish feet running away from their neighbors could still be heard. Most likely by those crossing the border between the living and the departed.

She might have heard that cacophonic noise, but knew nothing of its meaning. The holocaust hadn’t been taught behind the Iron Curtain as a locally practiced horror. Only as something done far away and not really clearly how. Probably a misplaced fear that some might draw comparisons between Herr Hitler and Tovarishch Stalin. Or a deep belief in the blessing of ignorance.

He didn’t need to hear anything. Far from ignorant, he flew to Poland to collect any memorabilia he could and bring them back to his mom, to New York. That was his reason to join the American teaching faculty, he told her later.

Unafraid of striking a dissonant note from the rest of the freedom saviors, he had arrived later than the rest, strolling into the lobby, with his rollerblades hanging over his left shoulder. Over his right shoulder he carried a black leather backpack holding his helmet and wrists guards, a second pair of slacks and a couple of T-shirts. She learned that the first night they spent it together, when she made a mental note to buy him another T-shirt.

That second day of the indoctrination camp, she stood still under the August sun, watching him skating away. Then, he only manifested the Iron Curtain fallen three years earlier. A toddler’s life, a trifle for a middle-aged man. By all outside standards, meaningful.  By hers, magnificently incomprehensive. Old enough to have tobacco-stained yellow teeth and nail-bitten fingers, she focused on the metaphysics of life.  At 25, she was overjoyed by miracles. In 1989, her life, a birth-straight-to-death couloir passing through the rites of college graduation, job-placement-and-life-security, a 2-bedroom rental, marriage, one-or-two children, and a well-deserved cemetery lot not too far from the main stone-paved path, exploded from under her feet. Her old life derailed, she embraced the challenge and started marching to the beat of her own drum. Crazy kid. Not that she knew how to play it or read the music. She made it up as she went, surprised how far she reached on Turkish coffee, and Cuban cigarettes recently exchanged for Marlboro.

Reaching the end of the courtyard, he turned and started skating straight back. Aiming for her spot. Fast. Them faster. Barnabas, the young assistant law professor from Budapest, on his way from the bus stop to the kitchen, carrying the beef and the potatoes for that night’s ethnic dinner, goulash, in one bag, and a Marlboro in his free hand, stopped inhaling. Others, shuffling from or to a meeting, and haphazardly looking outside hallway widows, walked outside. Mental bets started. Would the Romanian move aside like a scaredy-cat making way to the American teacher? Didn’t the Americans bombed the oil refineries of the German-allied Romania? Oh, yes. USAAF based in Libya and Southern Italy bombed nine oil refineries around Ploiești, in August 1943. Operation Tidal Wave. Will she move away?

The American organizer, Ted, a bi-spectacled blond, closer in age to the Europeans, walked up towards her. He story was not one of relevance and redemption. One individual at a time.  Spreading the Rule of Law to ignorant ruffians. Ted was not searching for personal meaning. His  was a government job, and he wanted everything to go smoothly, especially no unnecessary mixing.  Not even colliding.

Barnabas caught Ted’s elbow. They looked at each other. It could be fun. A rodeo.

He was approaching her. His slacks and warn-out red T exposed his long arms, ending with manly hands, shaped by the decades of piano and judo playing. Not skinny and not gym-buffed either. She smiled first, forgetting her blackened front tooth from a dentist she had had no money to tip, making it easier for him to ignore the unspoken rule of filling drilled cavities.

“John,” he stretched his hand inches away from her. His way of saying I don’t remember your name. “JoAnna.” She said pretending it was all a game of making up new aliases. “I think Ted here wants to tell us that we are late for our next meeting.”

Ted approached his compatriot. Barnabas came closer, too. With a smile he offered her a lit cigarette. She took it and inhaled so thoroughly, the men exchanged looks acknowledging they would try their mightiest to stop the Polish Airline luggage delivery. She would eventually have to improvise.

Rich and poor are interchangeable, ethically speaking. Their actions are incomprehensible to mere mortals, but they do make good stories. Take a California college senior, gorgeous looking, and often looked over Long Island Jewish kid, choosing 1967, as the year of his marriage to someone else other than his heart’s Camilla Parker Bowles. His actions, unintelligible to the ordinary mind,  are compatible to those of his gorgeous-looking, Denver-born, in-house-cook-fed, and nanny-held bride. Each fleeing their chosen destiny. Running away to California from his lower-middle class background, only to end up being drafted to fight the US war against red Vietnam. Doubtedly, he had ever eaten Vietnamese food before the fear of dying abroad struck him stiff. She dreamed of being taken seriously. So, she emancipated herself from under her daddy’s tutelage. Instead of a little girl she became a little woman to a man suddenly free and moneyed but tied down and still ashamed.

Twenty-five years to carry that burden on such a lean body takes Sisyphean workouts.

They followed the Europeans. Her back turned, she stirred no memories, only fears of losing what had not been his. Redemption.

That night they made love and their world did not stay still until the next when she refused to exit his room taking some back stairs.

She ran into Barnabas and Ted. They were looking for her. Her roommate had alerted everyone she was missing.

“Obviously, I am not missing.”

No one could take offense with that statement.

“It was delivered this morning,” Barnabas placed her the missing luggage on the floor.

“Thank you.” They both nodded. She squatted and took out of her duffle bag a pack of Marlboro. Short. Then, picked it up effortlessly, as if it only had a few pieces of lingerie and and went to the cafeteria.

John skipped breakfast. JoAnna showed up for the coffee. She never smoked before her morning coffee. She greeted everyone, took a cup of coffee and went outside to a bench to smoke. Her Romanian friends joined her. Three young women representing three different universities. There was no need for questions. Everyone knew where she had been when she refused to retire with Barnabas after the fabulous evening of Tokaj and goulash.

Now they were all quiet waiting for her to finish smoking and drinking her coffee.

“I would like to go Lotz to buy John a T-shirt. Shall we take the 5 o’clock bus?” They all nodded in agreement.

That day, John taught them about the lack of moral rights in American copyright law. There were few questions mostly from Ted, who attended all classes briefly. After class, JoAnna rushed to the bus. Almost everyone had decided to go to Lotz that evening. When the bus arrived, Ted asked the driver to wait a moment. John was joining them, but he had an unexpected call from home. He addressed that news to her.

JoAnna put out her cigarette and got into the bus. There was a single bench left unoccupied all the way into the back. She sat down by the window and stared outside into the woods. So thick and tenebrous. She shivered.

“Are you cold?” his deep, smoky voice calmed her down.

John was sitting next to her and they looked at each other with what she believed was equally shared cockeyed anticipation for excitement under control. Airplane tickets held that power over ordinary folks. More so over poor folks whose tickets are paid for.

That calm. That assurance. That composure. All of it drew him more and more anxious of losing what he did not have.

But that came much later.