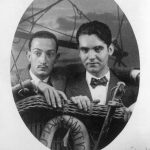 On August 18, 1936, a 38-year-old Spanish poet named Federico García Lorca was taken from a jail cell in the city of Granada, escorted to a courtyard in the hills outside the city, and executed, along with a teacher and two anarchist bullfighters who had fought in the city’s defense against Francisco Franco‘s rebellion.

His killers were Fascist militiamen whose leaders had long before targeted the poet for murder, for it was clear where his sympathies lay; he once said, after all, “I will always be on the side of those who have nothing and who are not even allowed to enjoy the nothing they have in peace.”

His killers, however, apparently believed that he was being killed simply because he was homosexual, and one later bragged of having fired two bullets into the poet “for being queer.”

The killers were Spanish Fascist members.

Moving forward. Seventy five years later a Spanish attorney who does not want his clients to know that once he could not pay his debts sues a search engine for making that unpleasant but correct piece of information about himself easily available. And the European Court of Justice turns against the search engine with a demand to “cover up” and hide the information deemed unpleasant, upon request.

In this context, the ECJ decision seems irrelevant, at best.

The issue seems to have evolved from neighborhood-, territorially-limited knowledge, or from what every Spaniard knows about every other Spaniard, to uncontrolled knowledge and unlimited access to it. As long as knowledge could be territorially controlled, facts could and had been quietly buried six feet under. Google changed the rules of the game. Google made knowledge uncontrollable.

Let’s make things easier to grasp. Let’s be pedantic. Imagine you are a Spanish immigrant and one day, bored out of your mind you’re saying:

I’m going to Google myself [write a Spanish name].

Then, imagine your face when instead of news about yourself you dig out news about people you never met and long deceased. The only reason for that is your surname. Let’s continue to suppose that your surname also belonged to a now-deceased member of Franco’s Fifth Column.  Not only that, but almost all people you knew as a child seem to have surnames equally tainted, by today’s political standards.

So, now you really have questions and cannot ignore your family’s past (you are supposed to have embraced American values during your stay abroad), even as Spain has had a long-standing “pact of silence,” as it is known, with respect to the Spanish Civil War and the Franco dictatorship.  Of course, even Spain has people who, like the amazingly brave Judge Baltasar Garzón believe that, regardless of the rightness or wrongness of disturbing the bones of the dead, talking about the past should become a national sport. Like soccer.

He’s alone in this belief.

Assuming that my point is becoming clearer, let’s focus our attention on today’s reality. The European Union’s reality.

A few days ago, the European Court of Justice put together its own A-Team in its Grand Chamber (what a Masonic designation for a court of Appeal) and handed out to the people of the United Europe a new right: the right to ask non-Europeans to treat them as they present themselves, not as they are. In other words, if a EU resident comes to you, a non-EU and introduces himself as the Count of Monte Cristo, although you know that he is in fact just the Count’s valet, you are required to treat the guy according to who he says he is, not to your knowledge about him. In Google Spain v. AEPD (Case C‑131/12), the EU adopted the Spanish “pact of silence and make-belief ignorance” and makes it into a European standard.

Of course, spreading ignorance has always been such a standardized goal for the mightiest ones, and as all goals unreachable.

So what’s the problem, Dana? There is no problem. Only nostalgia. The world used to be Eurocentric because the Enlightenment came from Europe, not the Dark Ages, though they came from there, too.

I used to be proud for being Eurocentric. 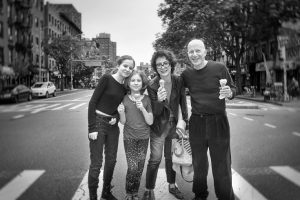 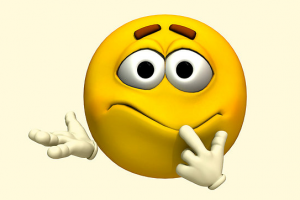